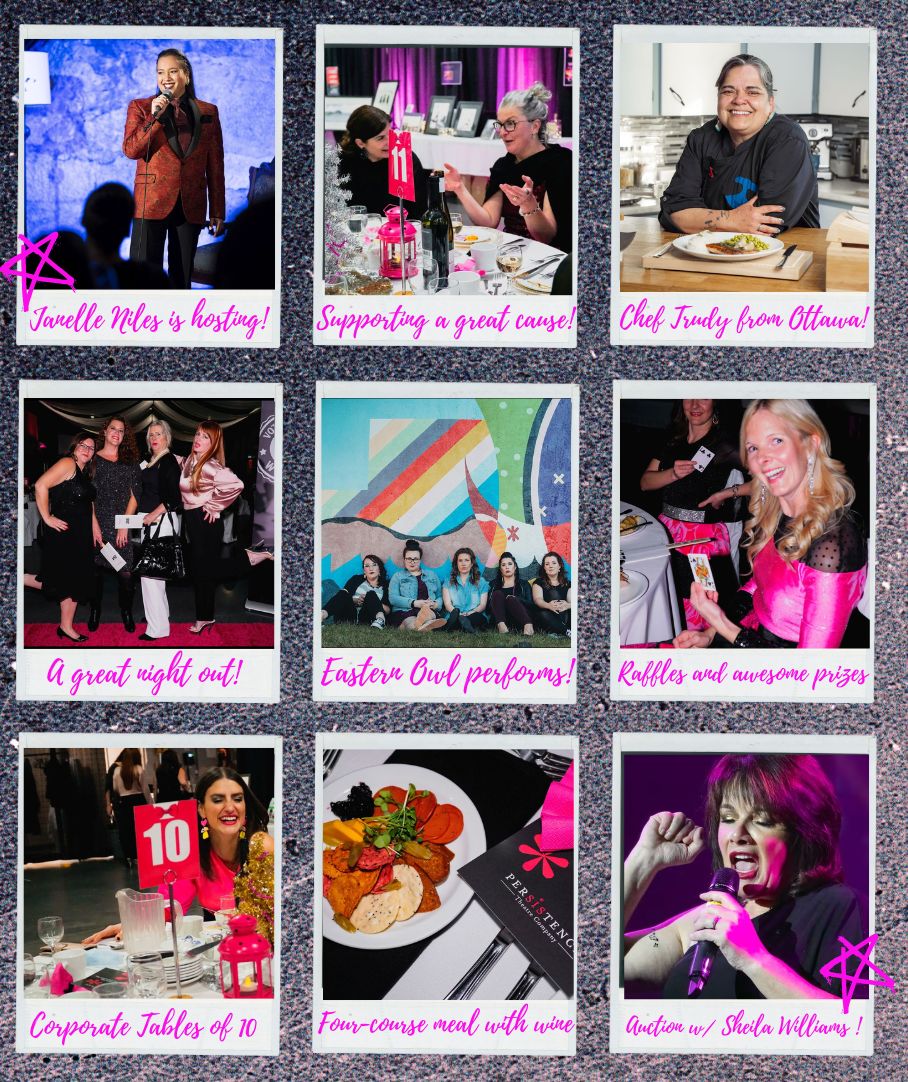 Available online or by contacting info@persistencetheatre.com or 709-743-4274 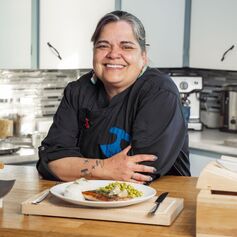 Trudy Metcalfe-Coe is an Inuk Chef originally from Nain, Nunatsiavut. Trudy started cooking at a young age and focuses her skills on promoting country foods from the Arctic regions of Canada, and her Inuit culture.

Ottawa has been home for Trudy for over 30 years. It’s where Trudy cooks to share her culture and her passion with food. Many of Trudy's dishes are done in a more traditional way, however, she also ventures from the norm and creates infused dishes with foods not readily available or used in the north, paired with country food.

Outside of working full time within the Inuit Community in Ottawa, and at times in Nunavut and Nunatsiavut, Trudy is one of very few Inuit who cooks for the masses in southern Canada. Trudy has been catering special events over a couple of decades, for schools and universities; and local, provincial and federal government events, including for groups such as the Canada Council for the Arts, the Museum of History; the Indigenous Music Awards; and the Canadian Centre for Architecture.

Trudy has been a guest chef on both television and radio and recently accepted a position with Madahoki Farms, the newest venture of Indigenous Experiences, who produce Summer Solstice Indigenous Festival as their first ever Resident Chef.

Trudy has lived experience of hunting and fishing in the Arctic and is a strong advocate for supporting community and Inuit hunters. Trudy doesn’t cater for the sake of catering - Trudy only caters to events that call to her heart and must have an educational or awareness component to them, about her Inuit culture or other Indigenous Cultures. 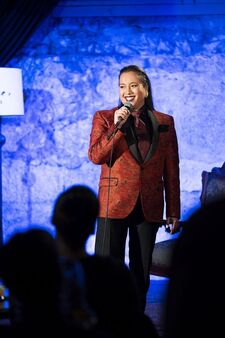 Janelle Niles is a Black - Mi’kmaq woman from Sipekne'katik, Nova Scotia. She launched her comedy career in January 2019 in Ottawa, ON.

Exploding in the nation's capital with her indigenous comedy show Got Land? Janelle aims to communicate solidarity through humour and laughter. Her dream is to perform for Just For Laughs in Montreal and one day tour Turtle Island.

You can catch her on CBC Gem’s New Wave Of Stand-up Season 2, she has also performed with the Arctic Comedy Festival in Iqaluit, Nunavut alongside her peers. appeared on APTN’s Indigenous Day Live 2022 on Lumi. Janelle’s humour is described as eccentric and captivating. 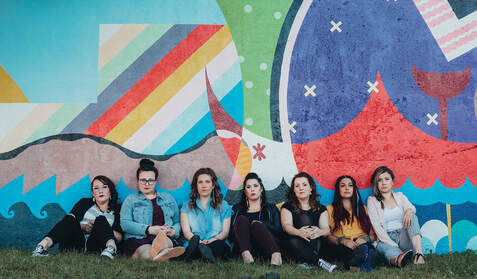 Eastern Owl is an Indigenous-led all nations group of women who blend the styles of First Nations Drum Music and Contemporary Folk to create their own innovative sound. Based primarily out of St. John’s, NL, the women of Eastern Owl hail from all across Ktaqamkuk (the island of Newfoundland). A powerful ensemble of seven vocalists, they have been captivating audiences across Canada since 2011.

They have taken the national stage during Canadian Music Week (ON), Coastal First Nations Dance Festival (BC), and Petapan (NB), as well as festivals in their hometown of St. John’s such as Identify, Out of Earshot, Spirit Song, and Newfoundland and Labrador Folk Festival. The women have been making waves following the release of their two albums: “Not Quite Like You” ( 2016) , and “Qama’si” (2019).