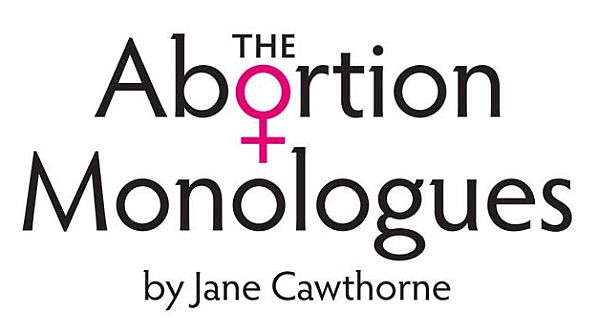 “Make your mess your message” is a phrase, attributed to Robin Roberts, about sharing your negative experiences in life to encourage others. In that spirit, we want to share with you some mistakes we made last weekend.

On Saturday July 2, PerSIStence Theatre held a public performance of a show called THE ABORTION MONOLOGUES. This show was previously presented by our company in 2019. Our decision to remount the show in 2022 was in response to the universal outrage at the overturning of Roe vs. Wade and the subsequent threat to the human rights of all people.

We have heard feedback from the community and we owe everyone who viewed these monologues in 2019 and 2022 an apology. The piece does not reflect an intersectional approach to reproductive rights and care in several ways. We lost the opportunity to be inclusive in our communications and emphasize that abortion care is a challenge and a right for ALL.

For example, it would have been best practice to contextualize that the monologues were written by a cisgender woman in 2009, and that they do not offer the perspectives of trans and gender non-binary (TGNB) individuals. We wish that we had sought out these perspectives to ensure appropriate representation of their experiences at our event. For further context regarding the barriers that TGNB may face when accessing abortion care, read this fact sheet from Action Canada for Sexual Health & Rights www.actioncanadashr.org/sites/default/files/2020-09/2020_Abortion_Caravan_Trans_Care.pdf

Also, some of the content in these monologues does not align with people's lived experiences and, in presenting them publicly, we caused harm in the following ways:
Please note that none of the volunteer community members who performed in the 2019 and 2022 productions held decision-making power regarding the scripts or content chosen to be presented.
​
As an organization, we will take steps to better educate ourselves regarding the above issues. Drawing from board and other diverse experiences, we will also be reviewing and revising our practices on how we vet scripts and content in the future.

We are very sorry for the harm caused and want to thank those who took the time, effort and emotional labour to bring these issues to our attention. We appreciate any opportunity to engage in the process of listening and learning.

Our vision at PerSIStence Theatre is “community enlightenment based on the core beliefs of feminism.” Thank you for continuing to join us on that journey.

Sincerely,
Jenn Deon
Producing Artistic Director
on behalf of myself and the Board of Directors
PerSIStence Theatre hosted a live performance of Jane Cawthorne's THE ABORTION MONOLOGUES as part of a community gathering in support of abortion rights and access on Saturday, July 2, 2022, at the Bowring Park Cabot 500 Amphitheatre, starting at 2pm.

This gathering was in response to the precedent-shattering Supreme Court decision in the US to overturn Roe vs Wade - a decision that will have a dramatic impact on the lives of millions of people facing unwanted pregnancies. Abortion access in Canada and in Newfoundland and Labrador is also being discussed and questioned.

As part of our mandate to "respond to issues that affect women* and girls in our community", PerSIStence Theatre presented THE ABORTION MONOLOGUES based on the real life experiences of Canadian women telling their own stories and challenges about accessing abortion care.

Sometimes funny, sometimes heartbreaking, but always thought-provoking, women in St. John's from all walks of life are came together to tell these stories and highlight the importance of abortion care.

Admission was by donation in support of the Athena Clinic's Remote Access Travel Fund for women in rural and remote areas of NL who may require assistance accessing abortion services.

*PerSIStence Theatre recognizes the limiting nature of the binary use of the word ‘woman.’ We serve and welcome anyone on the gender spectrum who identifies either always or some of the time as a woman, including trans women, women of colour, Indigenous women, women living with disabilities, as well as non-binary people who are comfortable in a space that centres the experiences of women. 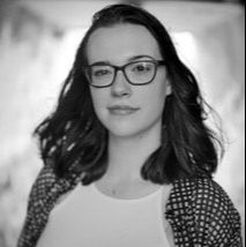 Jayne Batstone is a NL born and raised singer/songwriter and multi-instrumentalist, currently between semesters from the Fine Arts (theater program) at MUN’s Grenfell campus.  Her debut EP Line Art was released in 2021 and garnered Jayne her first Music NL award nomination for Pop Artist of the Year.  Reviews have described her vocals as “smooth and haunting” and her songwriting as “heartfelt and authentic”. Jayne is a fierce defender of equality, a lover of all things theatre, and as her song Pastel Angst says, believes that “dreaming is compulsory” . 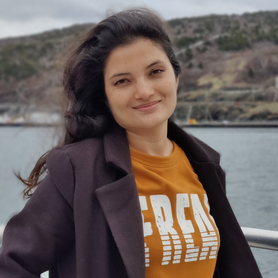 Sadhana Bhandari
​
​​Sadhana Bhandari, originally from Nepal, has worked in the theatre since 2012.
She has experience in acting, production, costume and props management in
theatre arts. She was the founding member of Tatsama Arts in Nepal. Besides
her production tasks, she is known for her performances in theatrical productions
like Sphatik - their parallel escapes; Kaaya - a perishable layer; and Conference of
the Birds, to name a few. Her exploration of acting led to the cinematic art form
where she got to play crucial parts in notable movies like Tandav (Nepal); Best
Friends Forever (Nepal); Kokro (Nepal); Umber (Nepal); and Ashmina (UK). 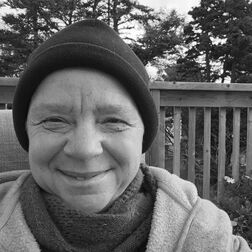 ​Nathalie Brunet is a queer feminist retired teacher who is now free to enjoy gardening, rambling the hills, making pottery and music, and fighting the patriarchy. 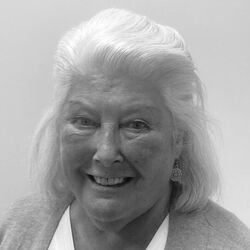 ​Patricia Savell Hicks Cumby has lived in London, Dublin, and Bangladesh, before settling in Newfoundland and Labrador where she mostly remained with the exception of two-and-a-half years on Vancouver Island.  Married at 20 and having four children, Patricia was a teacher by profession who taught at many schools throughout her career. She now enjoys hiking, skiing, snow shoeing, swimming, quilting, knitting, gardening, reading, and most of all, spending time with family and friends. She also also done all kinds of other work such as running a B&B, babysitting, private home care, group homes, and running her own foster home. 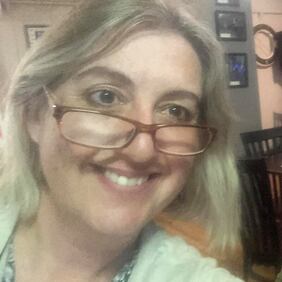 ​Jenn is a freelance theatre artist who has worked in St. John’s since the early 90’s. Stage appearances for Jenn are rare but highly enjoyable: she was last seen on stage in Girl Power's production of Brazil Square. ​ 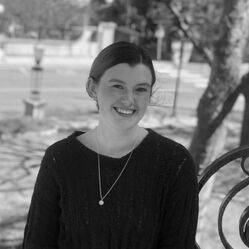 Jenna James is a 2nd year student in Sheridan College’s Creative Writing & Publishing Program in Oakville, Ontario, but grew up along the shores of Conception Bay South. She is a songwriter, a reader, and a passionate advocate for women’s reproductive rights and freedoms. Jenna is thrilled to be able to take part in this summer’s production of The Abortion Monologues and looks forward to sharing such essential art with her community!​ 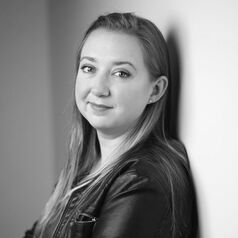 Amanda is a Stage Manager, Arts Administrator and multi-disciplinary artist originally from Oshawa, ON. Based in St. John's, NL she holds a BFA in Technical Theatre from MUN, and has worked with companies across the province. Highlights include; Tempting Providence (Theatre Newfoundland and Labrador); Ours (Opera On The Avalon); and What Hangs in the Balance (PerSIStence Theatre). 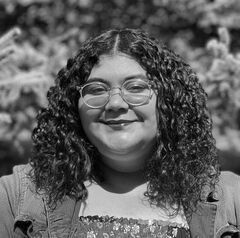 ​​Hanaa Mekawy is a Humanities and Social sciences student at Memorial University,majoring in Political science and Anthropology. Born in the United States to parents from Egypt and the Dominican Republic, they immigrated in 2003 to the province her family now calls home.

Hanaa is a passionate member of the local social justice community. After sitting on their High Schools social justice and student leadership teams, MUNSU in 2017, and St. John’s pride in 2018, they currently sit on the board of MUN Sexual and Gender Advocacy as the Director of Personal relations. Hanaa hopes to complete her studies and use her degree to continue her advocacy work for marginalized communities of Newfoundland and Labrador.

Alongside her passions for social justice, Hanaa is also a hobbyist cross stitcher, singer, and painter. She’s also the eldest sister to their 3 siblings, and the pet parent of two horses (Black and Jumper) and two dogs (Rocky and Lola)​ 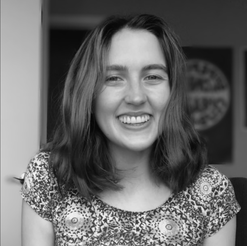 Sarah Power is a recent MUN graduate from Placentia, NL with a passion for both theatre and feminism. She also loves singing, history, animals, and working with children. Sarah is honoured to be taking part in this show for the second time, and helping to bring these important stories to life. 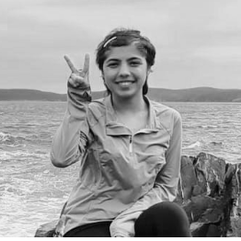 Samita Rimal is a graduate student and researcher at Memorial University of Newfoundland pursuing a degree in Master of Mechanical Engineering. She completed her undergraduate degree from Nepal majoring in Hydropower and is currently working on hydrolysis reactor as a part of her thesis research. She calls herself an extrovert who likes learning new skills and visiting places. Having volunteered in organizations like Amnesty International for campaigns such as ‘Rights of Migrant Workers’ and ‘My Body; My Rights’, she believes in the importance of voice of youths for advocating a good cause. 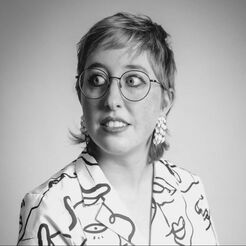 Kate Steneker was born, some more stuff happened, and now they believe there is an Excel spreadsheet for everything. They have a professional background in Office Administration since graduating from CNA in 2020, and a passion for the theatrical arts since seeing Wicked performed in 2007. When not revamping filing systems or doing a pitchy imitation of Kristin Chenoweth, they can be found learning new instruments, or working on a variety of crafting projects. Approach with caution. To trap Kate Steneker, use brand-name Post-Its as bait. 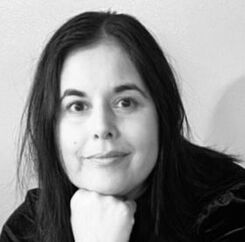 Originally from Vancouver, Aedon is an actor, writer, and educator. She has produced, written, and acted in numerous works for both film and theatre. She is a doctoral candidate in Education at MUNL and intends to defend her PhD dissertation in the winter of 2023. Her research interests are children’s/YA fantasy literature, postcolonialism, and feminist poststructuralism. Aedon has also written a fantasy novel for young adults (Mara Roams). She lives in St. John’s with her heroic husband, divine daughter, delinquent dogs, catastrophic cat, and tragic turtle.