​Vanessa (she/her) is a multidisciplinary artist, street performer and clown hailing from Brazil, with a passion for contemporary theatre and body movement awareness, especially related to Flamenco dancing. Graduating in Theatre Arts in 2004, she has performed with several artistic groups onstage and in street productions, as an actress, Flamenco dancer, puppeteer and fire flow dancer. Backstage activities include production assistant and stage manager . She also has given theatre and dance instruction to adults and kids. Vanessa has been actively engaged in the local arts scene since moving to NL in 2014, performing in theatre productions, dancing Flamenco, clowning, doing her Living Statue, participating in diverse artistic workshops and festivals. Vanessa likes to give her art back to the community, by doing volunteer performances for new Canadians/refugees and other Institutions. 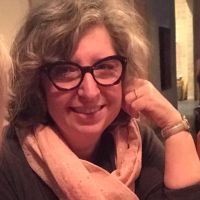 Giovanna (she/her) is a writer and scholar interested in the politics and aesthetics of performance.  Her research has examined how issues of gender, ethnicity, class, whiteness, and queerness play out in women’s expressive culture, from personal experience narratives, to stand-up comedy, drag cabaret, YouTube videos and beyond.  Her books include Looking through My Mother’s Eyes: Life Stories of Nine Italian Immigrant Women in Canada; Identity and Everyday Life; and The Passeggiata and Popular Culture in an Italian Town: Folklore and Performance of Modernity. In addition to her academic work, she has hosted French-language radio shows, worked with the non-profit feminist association Centro Donne, acted in theatrical productions at the Actor’s Studio in Montreal, and organized cultural festivals.  She teaches in the Department of Gender Studies at Memorial University of Newfoundland. 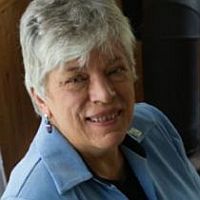 Margot Duley
​
Margot (she/her) had an unstellar childhood career in three performing arts. Her tap dance appearance as Bo Peep ended ignominiously when a fellow performer shoved her; in a drama production she forgot a crucial line; and at a music festival performance she and her piano duet partner hooked pinkies and, giggling uncontrollably, could not continue. Nevertheless, she Persisted and is on the Board where she is kept out of trouble but draws upon many years of experience as a university dean of arts and sciences, a feminist scholar, and an activist.  She is the author of the Cross-Cultural Study of Women; and Where Once Our Mothers Stood We Stand: Women's Suffrage in Newfoundland, 1890-1925. Lauren Flynn (she/her) is a Manager at Intact Insurance in St. John's, and loves spending time with her cat Russell.  She volunteers on the boards of Pride at Work Canada, and Kittiwake Dance Theatre in Newfoundland. Lauren is passionate about diversity, equity and inclusion and is very excited to join the board of PerSIStence Theatre Company.

Amanda Gear is an Inuk multidisciplinary artist and emerging filmmaker from Nunatsiavut who has a deep passion for Indigenous arts and creating space for any underrepresented and marginalized women. Born and raised in Happy Valley Goose Bay she currently lives in St.John’s with her two children and husband. She takes great pride in sharing her culture and helping her community by volunteering at First Light and hosting Beauty and Braiding workshops that focus on the anthropology and history of Indigenous beauty rituals. As well as being an advocate for Indigenous artists and a Hairstylist, Amanda has recently graduated from MUN with a certificate in Indigenous Studies and a BA in Law and Society with a minor in Anthropology. By continuing to speak up and create space, Amanda hopes to be the voice for underrepresented and marginalized women. 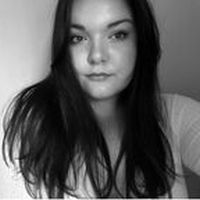 ​Natalie Haire (she/her) is a communications specialist based in Postville, Labrador. Originally from St. John’s, Natalie has enjoyed getting to know her new home through her position as Communications Assistant with the Nunatsiavut Government. Natalie has a Bachelor of Arts degree in Communications Studies from Memorial University, as well as a Diploma in Performance and Communications Media. Natalie enjoys opportunities for these to intersect, specifically through video production for advertising and communications for creative industries. Natalie was first given the opportunity to explore this through a work placement with Persistence in 2019, and is thrilled to be back as a board member.
​ 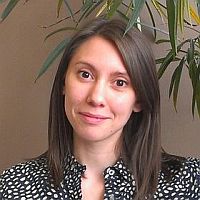 ​Sylina (she/her) is happiest when being creative and helping others. As a lawyer, she is privileged to enjoy a fast-paced career in social justice at Legal Aid NL where she routinely sees the toxic effects of patriarchal standards and systemic bias on people through the lens of criminal law, family law, and child protection. Outside of work, Sylina enjoys spending time with her child, dog, husband, and two moms, and recently completed her yoga teacher training.  She has been an actor, stage manager, PA, and festival manager with various local film and theatre productions, and often explores gender and socioeconomic dynamics in her song-writing as frontwoman for the band The Why and The Wherefore.  Sylina is thankful to be a part of a group of women interested in creative activism who share her belief in sharing stories, and making space for those who have not been afforded the same opportunities to do so.

Caroline (she/her) is the Office Manager for a commercial fishing enterprise, a position she has held for many years. She also volunteers with the Newfoundland and Labrador Shooting Association. Caroline has extensive non-profit board experience and is looking forward to working with PerSIStence Theatre. As a lifelong theatre lover, she is excited to be involved with a theatre company in this way since you will never see her on stage! Caroline has lived all over Canada but having spent more than half her life in Newfoundland is once again very happy to call St. John’s home.

Hanna (she/her) is a writer, devoted dog mom and proud queer. She works as a gender and social inclusion consultant for international agricultural organizations, as a freelance proofreader and editor, and as Communications Officer for the Resilient Food Systems programme. Hanna is currently studying a Master of Applied Research in Gender, Feminist and Citizenship Studies through Universitat Jaume in Spain, and holds an MSc in Environmental Forestry from Bangor University in Wales. She is passionate about storytelling, advocacy and collective action. 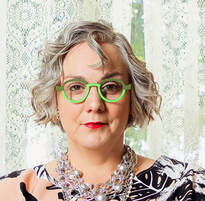 ​Christine Taylor Fearing is an Interdisciplinary feminist writer and performer who started making solid comedy choices in grade three. Her work in film, television, theatre, and circus have been presented internationally. The Globe and Mail called her, “The Iggy Pop of Comedy. She holds a Masters degree in Woman and Gender Studies from Mount Saint Vincent University in Halifax, and hopes to enter Memorial University of Newfoundland and Labrador’s Interdisciplinary Ph.D program in 2023. There, she will research feminist queer crip performance with a focus on neurodiversity, witchcraft, and accessible storytelling. Christine has a long history of breaking new ground with her work— profoundly dyslexic, she is a writer who can’t read, and a scholar who can’t spell. Metaphor, mirth, and mesmerization are a few of her favourite parlour tricks. 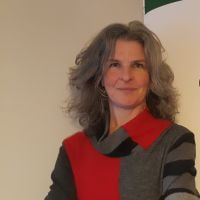 Kim Todd (she/her) is founder of Guide to the Good, a social enterprise striving for provincial sustainability through building brand and market share for local, social and green companies. A communicator by trade, Kim believes in inspired thinking, community collaboration, and practical action and is excited to work with Persistence toward making positive change for women and everyone.  ​ 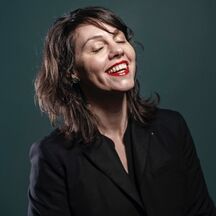 Deatra Walsh
​​Deatra holds a Ph.D. in Sociology from Memorial University in St. John’s, a Master of Rural Development from Brandon University in Manitoba and a Bachelor of Arts in Sociology from Concordia University in Montreal. She began her studies at Carleton University in Ottawa as a journalist. Deatra’s career stretches across employment in the post-secondary, government and now, non-profit sector. She worked with the Government of Nunavut for four years, first as the manager of territorial labour market programming and later as the Director of Poverty Reduction. She has held teaching and postdoctoral research positions at Mount Allison, Memorial, York and Dalhousie University in Canada. She has also worked abroad at UiT: The Arctic University of Norway in Tromsø, first as a postdoctoral researcher and later as an associate professor in methodology, cross appointed with the Centre for Gender Women’s and Gender Research, the Centre for Sami Studies and the Centre for Peace Studies. She is the Director of Advocacy and Communications with Municipalities Newfoundland and Labrador.